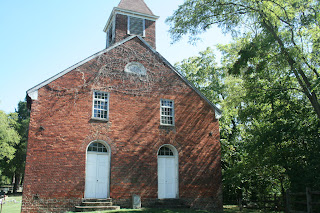 For this blog post we are glad to welcome our first guest blogger. This post was written by T. Logan Metesh. Logan is Co-Chair of Fundraising and the Social Media Coordinator for the Union Church Preservation Project. He can be reached at LMetesh@gmail.com.

Since being listed on Preservation Virginia's list of Most Endangered Historic Sites in 2006, great strides have been made to ensure the Union Church's preservation. In 2008, the church was designated as a Virginia State Landmark and it was listed on the National Register of Historic Places. Then, in 2009, “Trustees of the Union Church Historic Site” was formed as a 501(c)3 to care for the church. The Trustees have done a great job spearheading the preservation efforts, but it became clear that the effort needed to expand if it was going to succeed. 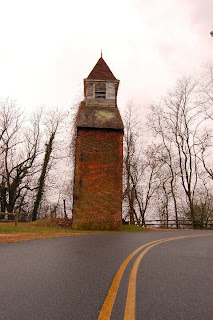 In the summer of 2011, a grant from Stafford County, Virginia, was secured to repair the holes in the roof to prevent further damage from rain and snow. A series of clean-up days were held in 2011 to scrape and repaint the church doors, improve drainage at the rear of the structure, remove dead vines from the back wall, and clean up general clutter. In June 2011, the group held its first fundraiser and had over 40 people attend – a big crowd for such a new organization! It was clear that the community still cares deeply about the endangered Union Church.

A group of volunteers lowered the historic 1868 bell from the belfry in December 2011 to make the structure safe for roof repair work to begin. The bell will be returned to its original location once the work is completed. A roofing contractor has been selected and the project began last week!

2011 was a big year for the Union Church Preservation Project. However, 2012 promises to be even bigger! Our first clean-up of the year is scheduled for March 24 and our second annual fundraiser is scheduled for April 21. Other events this year include a bus tour in May, an open house and bake sale in June, raffles, and more! 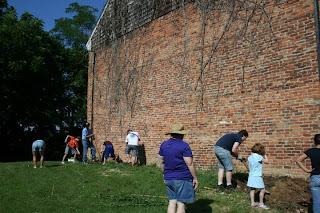 Even though the preservation project is off to a strong start, we are always looking for more volunteers and, frankly, donations. If you would like to know more about this extraordinary structure, its history, and how you can help us preserve it, please visit our website, http://www.falmouthunionchurch.org/, and be sure to “like” us on Facebook by searching for “Falmouth Union Church Preservation Project.” We also offer t-shirts, coffee mugs, and more at www.cafepress.com/ucpp.

Together, we can help remove the Falmouth Union Church from Preservation Virginia’s list of Most Endangered Historic Sites!